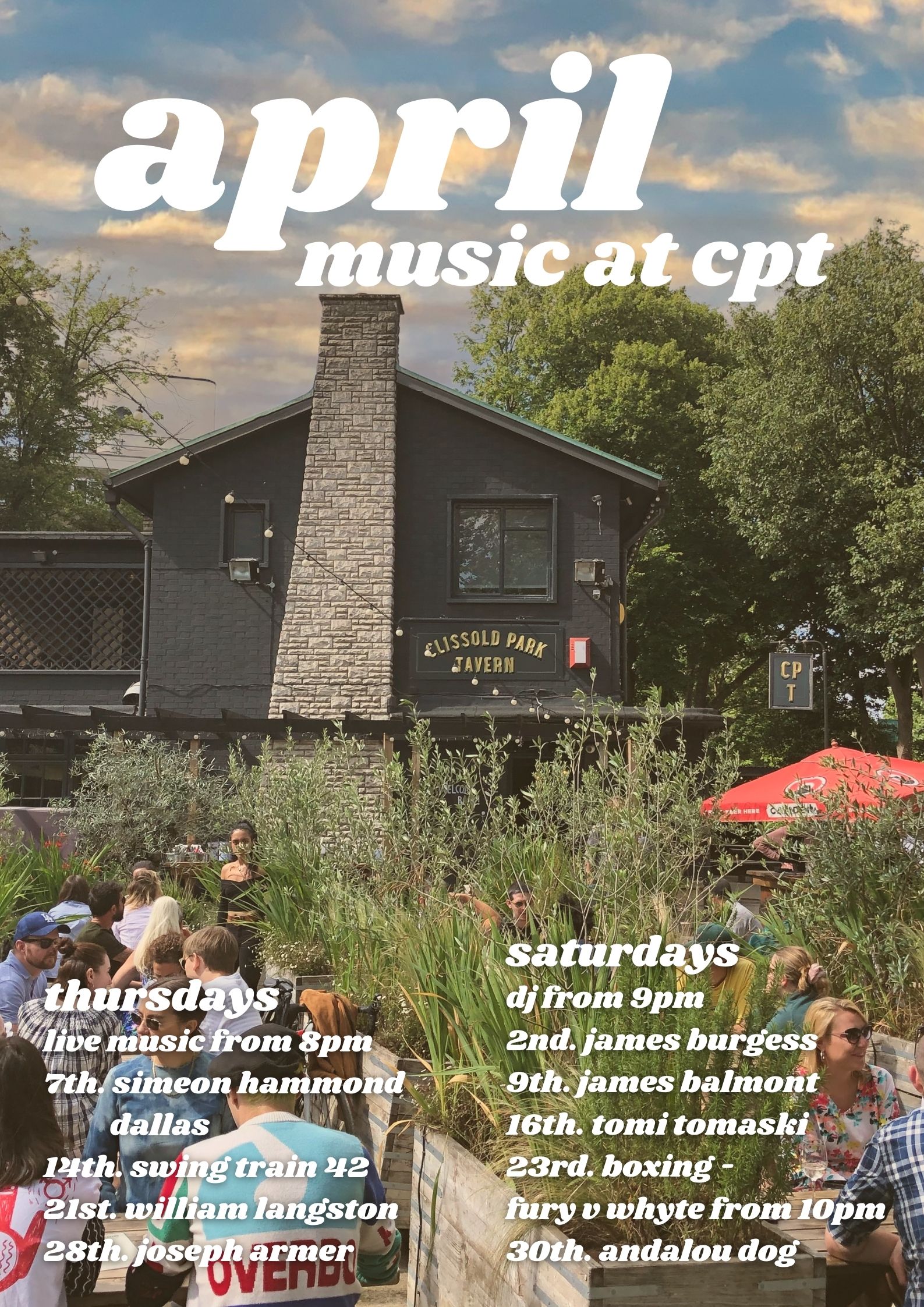 April Showers? Probably! Will we have a goodun anyway? For sure. Here’s your line up for this month.

Written by Clissold Park Tavern on April 5, 2022. Posted in What's On

Such a good weekend lined up for you lovely people

CPT is soooo excited to announce our new monthly r

Today feels like the kinda day where you need to t